We had warnings about snow before the end of October, but last night was the first time that the frost was even hard enough to crisp the grass. Where the sun hit it, it rapidly turned to heavy dew, leaving the mown part of the garden silver. At this time of year it never evaporates – I won’t be able to walk down the garden again without wellies until late March 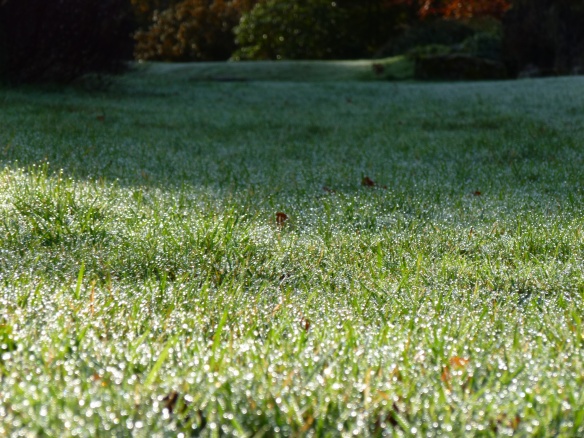 The lack of frost means that Viburnum fragrans is flowering beautifully. I grow both fragrans and the more opulent hybrid Viburnum X bodnantse ‘Dawn’. ‘Dawn’ has larger, pinker flower clusters. 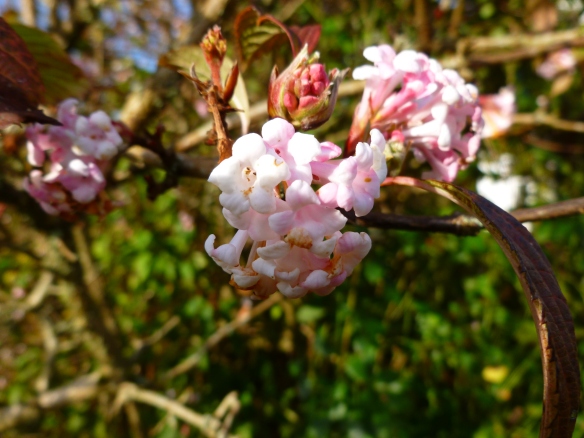 Both of these winter-flowering shrubs are completely hardy and keep on pushing out blossom from now until February. The flowers go brown if they are hit by hard frost or excessive rain, but there are always replacements. The fragrance on a still winter afternoon can be overwhelming – similar to the spring-flowering viburnums, such as v. carlesii. I am in two minds about it. It can be a little cloying – like the scented soap that elderly great-aunts use. But as a cut flower for the house – when there is little else with scent to be had, it does well. Here is v. fragrans, with its smaller, whiter, blooms: 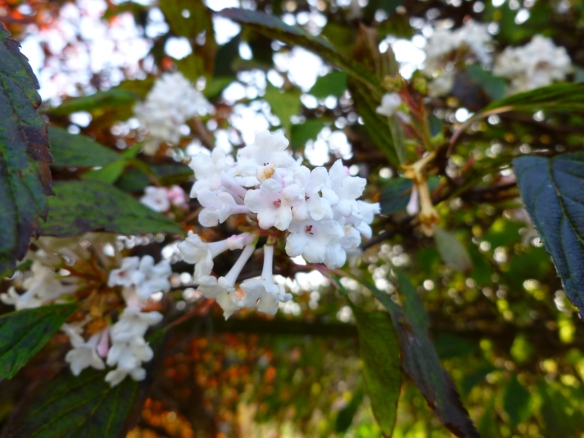 Both of these viburnums need to be kept under control with fairly heavy pruning – cutting out any branches that are getting in the way. They come away again readily from the base, and it doesn’t seem to matter what time of year you attack them. They grow fairly large and throw a heavy shade in summer. Bulbs do OK beneath them, but nothing much else.

Here is my favourite tree: 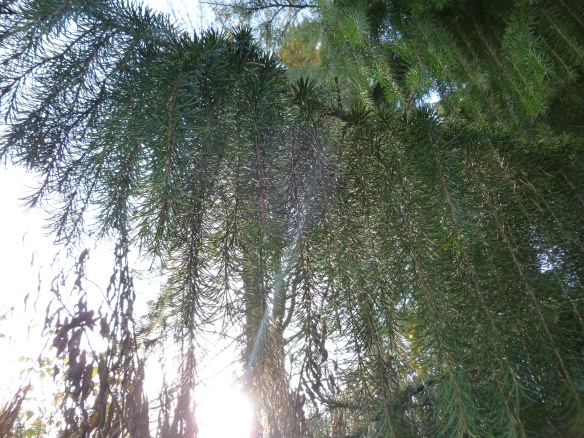 This is Brewer’s Weeping Spruce, picea breweriana. I think the hanging curtains of branchlets are wonderful – and they weep properly, unlike my wretched weeping birch. Unfortunately, this is an extremely slow-growing tree in its natural environment, and probably even slower on my unpleasant clay. With me, it puts on about six inches a year, and does not speed up with age, so although it is about twenty years old, it is barely taller than I am. It comes from  south-west Oregon, so Linnie maybe has several in her garden…?

It’s a good time of year for cotoneaster: 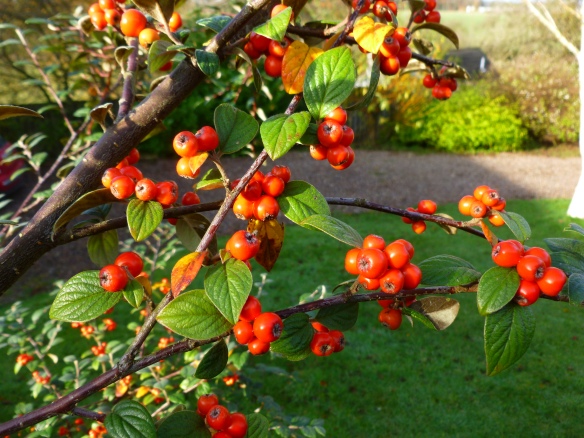 This is c.wardii.  Probably my favourite cotoneaster. It has a nice arching habit, flowers that attract bees (and, unfortunately, wasps) and wonderful berries, as you see. The berries seem to come fairly low down on the list of preferred food for blackbirds, and they usually leave them until they have eaten everything else. But once they start, the berries are gone within a couple of days. Thanks to the birds, c.wardii seeds itself readily, just where you don’t want it. C. wardii has no Autumn colour, unlike c.horizontalis 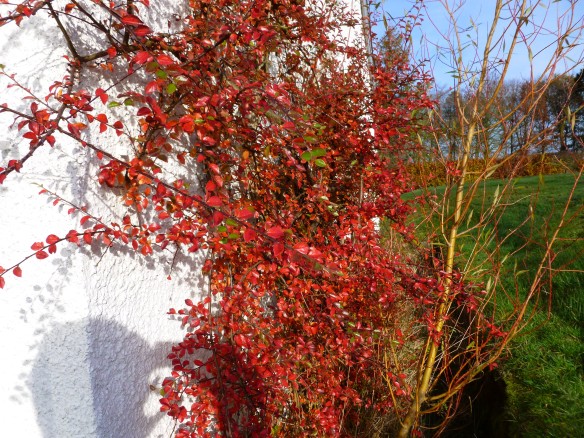 C.horizontalis does not always do this – it appears to depend on where it is growing. As you would expect from the name, it is happier growing as a ground-cover shrub, but it is perfectly possible to train it against a wall, and it seems more ready to produce Autumn colour in this case. Maybe it’s the case that shrubs need a certain amount of stress before they really perform in Autumn?

Finally – the larches are golden now. They will lose their needles within the week, but for a brief time they outshine the beech and the birch: 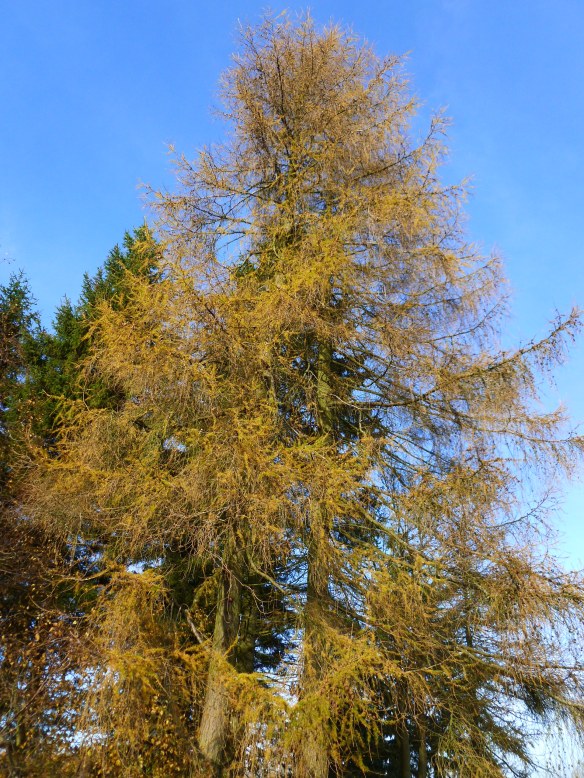